News: A Beautiful Child back in stock at Amazon.com, BN.Com

New Blog Post:
"Big Billy" Tells All in
The Life We Chose 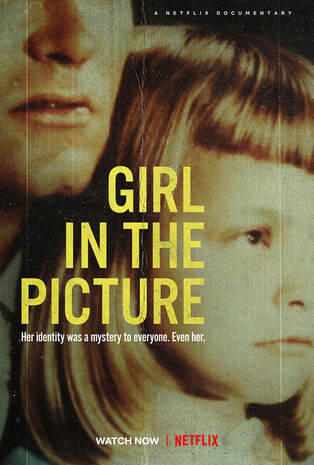 IN 2002, Matt Birkbeck wanted to write a book about Sharon Marshall.
​So he quit his newspaper job and two years later his bestseller A BEAUTIFUL CHILD was published.
It told the heartbreaking story of a brilliant and beautiful young woman who was caught in the murderous web of the man she called her father.
In 2018 his followup sequel FINDING SHARON told the story of his years-long effort to resolve two great mysteries - what was Sharon's true identity, and what became of her young son Michael, who was a kidnapped from his first grade classroom and never seen again.

Now, Netflix tells the jaw-dropping true crime story of Sharon Marshall in GIRL IN THE PICTURE, directed by Skye Borgman (Abducted in Plain Sight), executive produced by Matt Birkbeck and based on A Beautiful Child and Finding Sharon.

An accompanying five-part podcast of Girl in the Picture is available on iTunes and Spotify here. 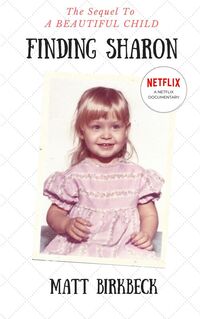 "I will never forget Finding Sharon - and that is a testament to investigative journalist Matt Birkbeck's dedication to an otherwise forgotten soul. She wasn't a celebrity, she was never going to be famous but her life mattered. Birkbeck’s compelling narrative here – and in A Beautiful Child before it – lays bare seething evil. But this must read also gives value to an otherwise anonymous soul and reveals how the human spirit can flourish even under the worst circumstances."
Diane Dimond, Inside Edition  ​

"As you read Matt Birkbeck's stunningly powerful book A Beautiful Child, you will soon realize that though he is razor focused on the disturbing and gut-wrenching case of Sharon Marshall, he is writing a tome to the millions of the lost, battered, and abused children of America. His research is impeccable; his story-telling captivating. You will not be able to put this book down until you know...."
​Leigh Podgorski, author
Order Here
Order here